THE students, parents, group leaders and support staff members have moved in and the CMAA Junior Academy of Country Music is up and running. Coming from as far away as Western Australia and Tasmania, the students are in for a treat during their eight-day intensive course.

Excitement was high as they all arrived in Tamworth on Friday night and Saturday moved into their rooms at Calrossy Anglican School on Saturday morning. The students and parents all got to know each other on Saturday afternoon as the students ran through songs for the show on Saturday night at The Pub.

Although there had been little time to rehearse, the students all demonstrated amazing professionalism on Saturday night at The Pub to an appreciative audience. They showed the talents they possessed to get them a sought-after spot at the academy and these will be honed over the next week. This all adds up to an amazing graduation concert on Friday night, July 7 at 7pm at Calrossy Anglican School. If you were one of the lucky ones to see them perform at The Pub, you will be amazed at the growth they’ve experienced during their time at academy. 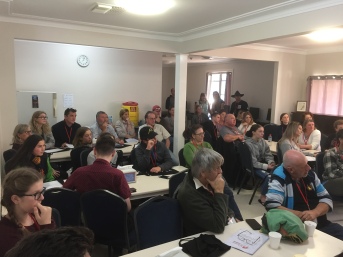 As well as being a time to learn the ins and outs of the country music industry, academy gives the students and parents the chance to meet other people in similar situations and make lifelong friendships – we’ve even had marriages grow from the Senior Academy. 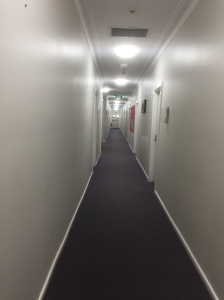 There can also be paranormal experiences… For one mother, Saturday night brought with it somewhat of an eerie encounter. She put her phone and glasses on a windowsill, but the glasses continued to fall onto her bed… maybe the spirits want to get involved in country music too? They are staying in a former nursing home, so who knows who else walks the halls late at night…

Sunday is no day of rest at the CMAA Junior Academy of Country Music. General manager Roger Corbett, artistic director Lyn Bowtell, and group leaders Simon Johnson, Ashleigh Dallas, Jayne Denham and David Carter had the students working hard while the parents headed off with administration manager Meryl Davis for a country music tour of Tamworth which was enjoyed by all. Some are from Tamworth, while others have visited in January and there are many who have never been to the city, so it’s a pretty new experience for everyone to see it from the country music side of things, while having Peel St open.

We’ve also had NBN News visit to do interviews with Ashleigh and students Leyon Milner and Chelsea Rollings.

The students have also been co-writing today with guests Allison Forbes and Allan Caswell, their group leaders, staff members and each other. We’re sure to see some hits from these collaborations. This afternoon, Sunday, Lyn Bowtell is speaking to the parents about her experiences and Jon Wolfe and Jodie Crosby speak about radio interviews, while the students have been broken into their groups for practical work, then Ashleigh Dallas presents her Star Spot, talking about her background in country music while Simon Johnson and Liam Kennedy-Clark work with the instrumentalists.

Tonight they’ll be working until 9pm doing masterclasses in songwriting, advanced guitar, acoustic guitar, bass or singing (depending on whether they’re in the singer-songwriter course or instrumental course).