“It seems like it’s been a long time coming because I started recording with Shane (Nicholson) in December last year for two weeks then went back to him in May and recorded more,” Henry said. “I’ve been working on these songs for a couple of years.”
Henry said choosing the songs was a collaboration between Nicholson and himself as he wrote and sent him a bunch of songs and Nicholson chose the songs he believed were the strongest to formulate a sound and create the album.
“I was probably listening to a lot of Americana and bluegrass while I was writing, so there is more of that sound on the album,” Henry said. “In America, it’s been a really strong, solid sub-genre of its own for a long time and now, in Australia, it’s growing.”

The singer-songwriter said worrying about what to call the sub-genre was not as important as everyone working together in country music because everyone wanted the same thing – to get more people to listen to country music.
The alt-country artist said he wanted listeners to put his album on again and again after the first listen.
“If I’ve done a good album, they’ll play it again; if I haven’t, they won’t,” he said.
Tamworth Services Club will host the launch of Love Without Co-Dependency at the first Late Night Alt gig on Wednesday, January 25.
“I’m hanging out for that – it’ll be great,” he said. “I think the strongest song is You and I, I believe Garden of Needs turned out really well and Fanny Lumsden sang on Catch Someday and her voice changed the feel of the song – I’m really happy with it.” 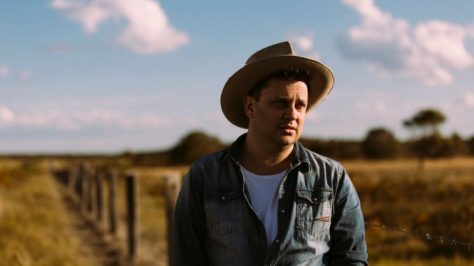 Henry will host a launch in Brisbane on January 29 followed by launches in Sydney and Melbourne then hit the road in the middle of the year with a tour of Europe thrown in.
“Judging from the downloads of my EP (in Europe), I think it’s worth going and exploring that,” he said.
“There are a couple of radio stations in The Netherlands who are playing my songs and one song was downloaded more times than normal in Russia. These days music gets right out there, so we are going to take two months and tour all around including Moscow and St Petersburg. Whether anyone has taken Australian country music there or not, who knows.”