Day four brought a few hours at Mare, New Caledonia. This is a small island that features a beach you can get a paid transfer to and a lot of beautiful residents. We stayed close to the pier and explored the market stalls.
Back on board the music never stops and that’s the reason we’re here, although I am very much looking forward to getting to Mystery Island tomorrow morning and seeing Vanuatu which, as anyone who knows me well knows, is a country I love and could easily make my home – they just need to improve their country music scene. Their country population will significantly increase for a few hours tomorrow.

Anyway, back to the music on board. Last night, November 15, we had a double bill of Drew McAlister and Luke O’Shea. It was HUGE! Seriously, no words could describe how these two singer-songwriters moved the audience. I saw people wiping tears from their eyes and people laughing – they covered the whole gamut of emotions through their stories and songs. That is truly what music is about; moving people. If you’re not feeling anything when listening to someone perform, they’re not doing it right. 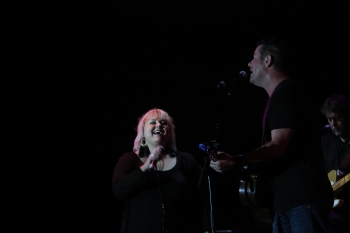 Again, we are so lucky in Australian country music to have the calibre of performers that we do. Luke and Drew are just two of them. The amazing Lyn Bowtell joined Drew for a song and Amber Lawrence joined Luke O’Shea for their duet, Catch You.

The cruise reminds me of Tamworth so much in that way as people stage hop around the ship and you’re never sure who’s going to appear at someone else’s show.
Before heading to bed, I caught the sounds of Travis Collins coming from Anchors Aweigh, so dropped in for a few songs and he had the room rocking with his brand of country. 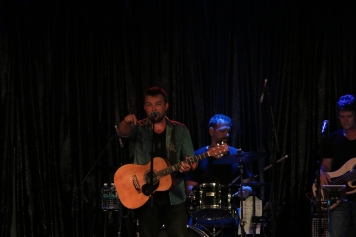 Today I caught up with Paul Costa for a ‘quick’ interview that wrapped up two hours later as we caught up on what he’d been up to. It’s been a bit of a quiet music day for me as I’m struggling with an ear ache, certainly not brought on by the music. I’m using music and some medicinal alcohol to treat it, so should be back stronger than ever tomorrow 🙂
Tonight I wrapped up the oceanic festival with the immensely talented Shane Nicholson. Photos and concert report to come tomorrow after we explore Mystery Island.
If there’s anything I’m missing out or you’d like to know more about in these short blog entries, be sure to let me know.