IT’S time to Get On Your Feet with Adam Brand back with a new album brimming with positivity. He got the party started at the Tamworth Country Music Festival where he kicked off his Wormall Civil Get On Your Feet tour. Today, February 10, though, fans get their hands on the album.
“I want the album to make you feel like dancing, jumping up on your seat, raising your glass in the air and waving your arms around,” Brand said.
“There is light and shade, though … and there’s a lot of fun stuff on there. There are different textures and flavours that you probably wouldn’t expect. The last thing I want is for people to listen and think that’s just another Brandy album.” 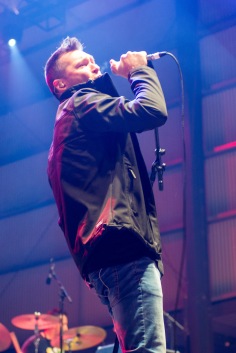 The singer-songwriter said that he was constantly striving to push the bar even higher on his music with each album and enjoyed challenging himself with two female producers working on the album and taking his music in new directions.

In another break from tradition, Brand didn’t write any of the songs on the album, instead opting for songs written by others that he whittled down to 10 he couldn’t stop listening to.
“I approached the song search in a totally different way and started collecting songs for about 18 months before I went into the studio,” Brand said.
“I contacted songwriting friends and people I’ve written with in Nashville and everytime they sent me a song, I’d add it to my playlist and I would play them in the car. Songs I didn’t like got deleted and, by natural selection, I ended up with 10 songs that I wanted to keep pressing repeat on – that was my album. I thought how good that you can spend a year listening to songs and the 10 songs I loved the most, that’s your album.”

Get On Your Feet represents a new point in Brand’s life as he gets back on his feet after a tough five years.
“This is me coming out of a chapter in life that was tough, coming through the other side of it and feeling strong again,” he said.
“I’m feeling excited about life in every aspect and music is a huge part of my life, so I’m feeling excited about music again.”

The 12-time Golden Guitar winner said everyone went through tough times, but tried to cover it up.
“We’re all smiling and pretending we’re not (going through tough times), but for me, my journey wasn’t just about getting back on your feet and dusting yourself off, it’s about what you do after that. Do you quit or get back up and keep going and find positive things in life?”

Brandy is taking the tour across the country with musical mates Gemma Kirby and Matt Cornell joining him on stage for the party.
“Matt and Gemma are going to start together with the full band and going to trade songs,” Brand said.
“The show’s going to start straight away, have a break, then they’ll do my whole set with me. It’s going to be fun and full-on.”

Brand said he was feeling positive about 2017 and expecting good things to happen as he prepared to celebrate 20 years of being in the music industry next year. 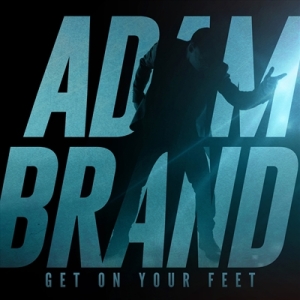