WHILE their country music mates were still rolling into Tamworth, two-thirds of Bennett, Bowtell and Urquhart were well and truly acclimatised to the city by the time festival arrived.
The trio hit the stage today, Wednesday, January 25, at Wests from 5pm in Blazes Showroom after Kevin Bennett and Lyn Bowtell have spent two weeks at the CMAA Academy of Country Music as group leader and director, respectively.
The way the three stars in their own right sing together is magical and this show is not to be missed.
Their album is up for five Golden Guitars and Bowtell is up for a further two with other projects.
“We don’t expect anything, so when you get something, it’s amazing,” Bennett said.
“We worked really hard on this album.”

Bowtell said the album came about in four days with two days writing songs and two days in the studio, so they worked hard to make it the best they could and it had struck a chord with the industry.

“KB and I are already writing for the next album,” Bowtell said.
“It is such an enjoyable experience working with those two. It is a really special blend and it becomes moving and spiritual when we sing together – that’s what I love.”
She said there was a purity about their first album, with the vocals coming to the forefront. The Golden Guitar winner said she still learned something new everytime she was with Urquhart and Bennett.
“We bring out something extra in each other,” she said. 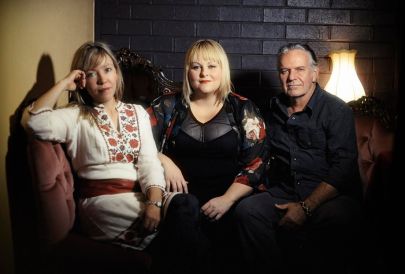 Bowtell is also putting on a special show, which will be a look back in time for the singer-songwriter.
At The Albert on Sunday afternoon, January 29, she will farewell the festival with the Lyn Bowtell and Southern Steel show.
“Southern Steel are re-forming for the gig with Duncan and Andrew Toombs, Mick McCartin and Joel Oakhill.
All the band members have been kicking their own individual goals in the country music industry since the band was together, but Bowtell said nothing had changed when they got together to play again.
“When we sang harmonies together, nothing had changed,” she said.
“The harmony just fell into place.”
For Bowtell, the festival holds a special place in her heart.
“I just love being in the moment – there is something about the Tamworth Country Music Festival that is exhilarating,” she said.
Catch BBU this afternoon, January 25, at 5pm and Lyn Bowtell and Southern Steel on Sunday, January 29 at The Albert.