TONIGHT’S blog post is dedicated to all those artists who take time out of their massive Tamworth Country Music Festival schedules to play at charity events for free. They expect nothing in return except the knowledge they are contributing to a worthy cause.
After a day on Peel Street and writing stories and press releases at the very warm media centre, I spent the evening at the Fly Doctor Fly fundraiser for the Royal Flying Doctor Service.
Tamworth’s own Brendan Nawrocki organised it after he and I both shaved our heads for the cause in October last year. He decided he could do more and he proved that in bucket loads tonight.

Too many artists to name threw their hats in the ring and performed, Ryan Morris conducted auctions raising hundreds and, I’d guess, thousands of dollars, and Brendan demonstrated his singer-songwriting skills with the song he named the fundraiser after, Fly Doctor Fly. 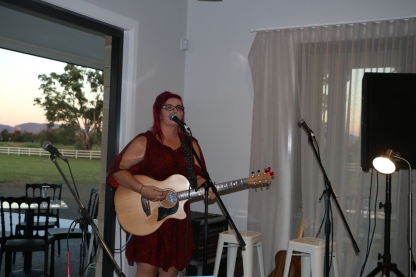 I first heard the song at a fundraiser for Karl Broadie’s estate after his tragic and untimely death from pancreatic cancer last year. I had been planning to shave my very long hair for the RFDS for about 18 months and, when I heard Brendan’s song, I knew it would be perfect for the fundraiser. Brendan and I knew each other as acquaintances and, after hearing about my fundraising plans, he contacted me to ask if he could perform the song at the fundraiser. Of course, I said yes and our fundraising and friendship began. He then took his generosity a step further and said he’d shave his head with me, so we now have matching haircuts! 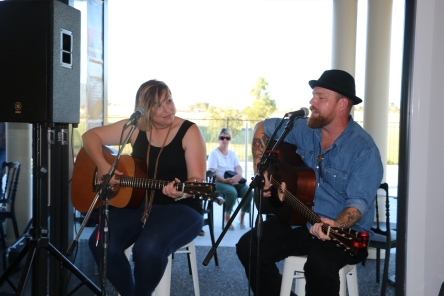 That fundraiser was a trivia night and concert in October last year with Seleen McAlister coming from Queensland to play and Jasmine Atkins travelling from Perth. Brendan then went above and beyond and decided a Tamworth Country Music Festival fundraiser would also be a great idea. 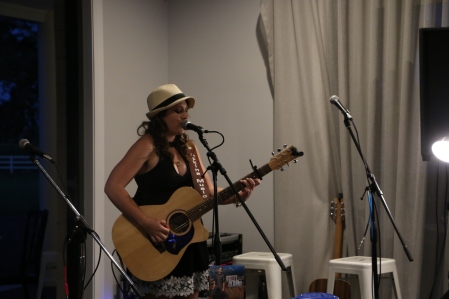 Tonight’s show at Carmen’s – A Taste of Italy restaurant just south of Tamworth demonstrated how generous people can be when they know the cause if genuine and worthy. You don’t get much better than the Royal Flying Doctor Service and anything we can do from now on, we will. Thanks to the artists and the businesses who threw their full support behind the RFDS. So, to Brendan, all the artists who donated their time tonight and all the artists and organisers who have donated their time during the Tamworth Country Music Festival to all the fundraisers, we thank you for making country music and the festival just that bit brighter for those who need the help. 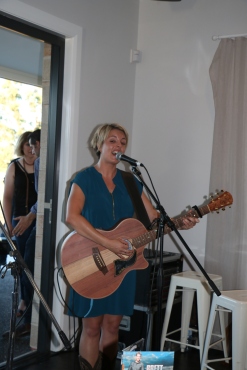