“I have always dreamed of playing the Muster” said Jessica. “This is an honour and a thrill and I am going bring my best country A-game.” 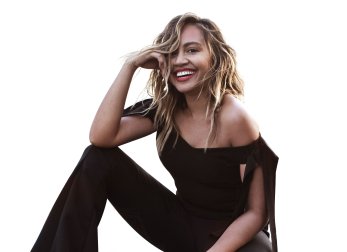 Now in its 36th year, this iconic music event is one of Australia’s largest charity festivals, and this year’s line-up is not to be missed. Held in the Amamoor Creek State Forest in the beautiful Sunshine Coast hinterland, two hours north of Brisbane and 40 minutes from Noosa, The Muster is the perfect way to kick back and enjoy some of the country’s best talent.

Event organisers revealed the major marquee artists who will perform at this year’s Muster, across four massive days from Thursday, August 24 to Sunday, August 27. 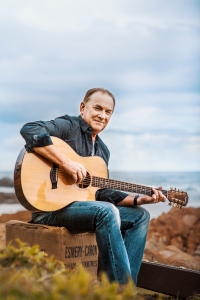 More artists will be announced as the event draws closer.

“Headliner Jessica Mauboy is an artist for all Australians. She is one hell of a singer with an incredibly diverse repertoire,” Mr. Chandler said.

“While she’s known for delivering a mix of R’n’B, dance, pop and power ballads, she also won the first Telstra Road to Tamworth competition, and can belt out a country song alongside some of the best.  I saw her recently in concert and she puts her heart and soul into her shows, and has a dedicated country segment in her set.  She has a real connection with her audience, and will put on a performance worthy of our Muster crowd.”

This program is sure to be one of the Muster’s best yet, featuring a musical style for everyone.

“We’re continuing to build on what we’ve always done, providing a variety of entertainment, while sticking firmly to our country roots,” Chandler said.

“Fans of the traditional country form will be happy to know Graeme Connors is making a return this year, while Busby Marou will bring their own laidback sound, fresh from their number one album on the ARIA charts.  Fan favourites Adam Brand, Travis Collins and Fanny Lumsden are also sure to draw big audiences.”

The Gympie Music Muster is known for its fun-loving community atmosphere. An unmissable and uniquely Australian event, one ticket price gives Muster goers free camping and multi-venue access to all performances, to experience everything Australia’s biggest country music celebration has to offer.

Run by the community, for the community, the Muster is a not-for-profit charity event which has raised in excess of $15 Million for charities Australia wide since its inception. It also gives a multi-million dollar boost to Queensland’s tourism sector every year, providing an economic boom for the region. This year the event will again support Mates4Mates.

The Gympie Music Muster runs from Thursday, August 24 to Sunday, August 27 in the Amamoor Creek State Forest near Gympie. Tickets are available via www.muster.com.au.​