A CRUISE ship is not the usual venue for an EP launch, but it was perfect for the new offering from duo Innocent Eve as they change the direction of their musical compass.

The new EP from sisters Rachel and Bec Olsson, True North, is a road sign to where their music is going. They said they felt they had tapped into their true north when making the EP and would follow it wherever it led.
Rachel said they recorded with Matt Fell for this project, and have started down the Americana path.
“Matt (Fell) was a very clear choice for us in doing that,” she said.
“We directed this a little bit more because we knew what we wanted.” 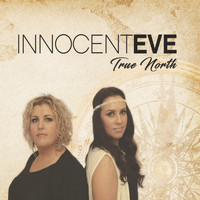 For something unique, Innocent Eve launched the EP on Cruisin’ Country 6 on November 18, although Rachel said the cruise was really an eight-day launch.
“We are grateful that it’s our fifth year cruising and that they support and believe in us enough to have us back on,” Rachel said.
“For us to be back on there, releasing this was something really personal and special to us because Mick (Manov) has become like family to us. We love it because you’re on a ship with a bunch of country music fans – it doesn’t get much better than that.”
Each of the six songs on True North stems from a personal place – either from experience or observations.
“The songs we write always come from the heart from something we’ve seen or experienced,” Rachel said.
“If that’s something our listeners have enjoyed, then that’s something that hasn’t changed.”
The first single, Belly Blow, is all about when you’ve been through an experience that has left you feeling numb and you’re yearning to feel something, anything, again.
“It’s about wanting to get back out there and be a part of the world and not sitting on the sidelines,” Rachel said.
With the single out and about on radio, the sisters plan to play the new songs in every show they perform so that their fans get to know them.
“We’re going to be promoting the EP as much as we can,” Rachel said.
As well as showcasing their Americana style, Rachel said the new EP was a reflection of their sound and vibe that audiences got when they performed live.
“It really does give a bit of an insight into us,” she said.
“It’s an indication of the vibe and sound you would get from us if you saw us live. We are very excited about our sound. We certainly weren’t traditional country, but there’s a bit of alt country and folk country and pop country – we are a little bit eclectic.
“True North is a bit more rounded out and this is what we love and where we feel like we fit.”
Like other country artists across the nation, Innocent Eve have their Tamworth Country Music Festival planned.
“We are very excited with the line-up of where we are playing,” Rachel said.
“Because we are both from school teaching backgrounds, we do a children’s show as well as playing the Pig and Tinder Box and the Post Office Hotel.”
This is only their second year playing the festival as Innocent Eve, and Rachel described last year as a “whirlwind”.
“It’s a bit of a shock the first time, but now we know what to expect and this time we can really get in and enjoy it and immerse ourselves in everything it has to offer,” she said.

One thought on “Innocent Eve set musical compass to Americana”